I've hiked all over the country and finished the Appalachian Trail over the summer.

I'm an avid gear geek, and am always gathering new stuff to break in.

Post your favorite hiking trails and pictures to show off.

AllTrails is an app that is a great resource for finding trails near you. https://www.alltrails.com/

New to hiking? Grab a pack and get your 10 ESSENTIALS and hit the trail!

It's a six mile round trip hike from the trail-head, pretty level trail. There is parking at the trail head located here: https://tinyurl.com/y7bxqnt7

Hm, interesting idea for a thread, not sure how much traction it'll get in here, but I'll throw in my two cents.

There's a mountain range near-ish to my house called The Superstitions that I hike every once in a very blue moon. Did so last December, hoping to do it again here soon once/if it gets some snow this year. The official peak name that you hike up to is called Flatiron. It's about a 7-8 mile hike, with about a half a mile in elevation.

Supers close to the trail start. 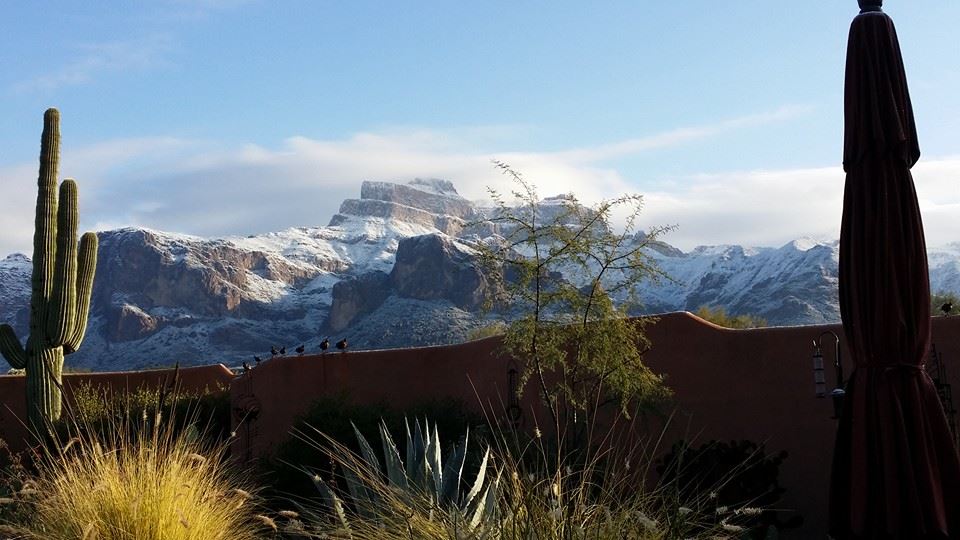 I'll just throw the album I made from last year's hike with my brother and a buddy under here. Flatiron peak is in sight The real hiking starts at the top of this basin Top of the basin and making some headway in elevation Starting to get to the steep sections Getting closer to the top So close I can taste it Aaaaaand I'm halted about 12 vertical feet from the top by this cliff. I didn't have on hiking shoes, and my sneakers were not up to the task of gripping this wall safely. Otherwise it's just a leisurely walk over to the Flatiron Peak cliffside for the ultimate view... Ah well. Next time I'll come prepared for that. And one final look at the whole range Hopefully maybe some other folks in here actually enjoy going outside sometimes too?

General outdoors? Well, I'm not much of a hiker, living in farm country Canada, but I do love to get out on the lake in my canoe and attempt to make some fish late for something.

Hard water season is just beginning so I am looking forward to some ice fishing. My wife brings a little portable stove so we can cook on the water too. Not as fancy as my friends setup, with tv and satellite. But who needs that when you're fishing anyway?

This will probably be a no, but are there any rockhounds here? That's a good mix of finding rocks and hiking til your pants fall off.
Top

Dadrobit, those are some beautiful mountains. I am planning on driving through the Phoenix area next month. I will have to make a stop and check out the Supers! Hopefully the snow will not yet be there, but I'll bring my snowshoes just in case. Have you visited Mt Humphrey, the highest peak in the state, it's an old dormant volcano and freaking awesome.

HazeCore, I'm not much of a fisherman but ice fishing sounds right up my alley. I'm just too far south to have any easy access to any lakes that get that cold.

I'm not super into rock collecting as I was when I was younger. I did find a lot of iron pyrite, fools gold, while hiking in the West Virginia area which was fun.
Top

I'll start of by saying that this thread was a very good idea, I should have checked in earlier!

Near where I live is this little beauty, the 1km high Montagne St Victoire in the south of France. I have yet to get to the very top of it, although there is a refuge on the southern slope.
There are some great downhill mountainbiking trails on the lower half of the terrain (which is all protected, so no fear of it going away!) where I often used to train, I'll have to add some of my own photos instead of this one I quickly nabbed online.
There are 3 different trails leading from the base to the top, which on foot takes about 3h. I really like this region for it's natural views, especially in the evening where the sunset makes the entire mountain glow in beautiful pink hues (I can actually see if from my home, even though it's 30km away)

Who even looks at signatures anyways?

I've been on the summits of Mount Marcy in New York, Mount Mitchell (drive-up, so that's kinda cheating), Hanging Rock and Mount Craig in North Carolina as well as Pine Mountain and Mount Rogers in Virginia. The only part of the A.T. I've been on so far is in the Grayson Highlands of Virgina where Mount Rogers is located.

Here is a photo of Mount Marcy that I took back in 2007. You can see the yellow blazes on the mountain that mark the trail to the summit.

Another photo, this of rhododendrons in bloom throughout the Grayson Highlands below Mount Rogers, I also took in 2007.

A view from the summit of Hanging Rock, taken in 2007 as well. BTW, Foxx Trotter's Cavern was my old photo website which I took down years ago. They were moved to Panoramio, but Google has since discontinued that site.

I have other photos as well, including an autumn one at Lake Drummond in the Great Dismal Swamp, but these are just some of what I've taken.

Unfortunately, due to work, I haven't done much hiking lately. I hope to do so again sometime down the road.

EDIT: I deleted my Tumblr today (12/13/17) due to lack of activity and not much free time on my end to take any new photos. Therefore, all the posted links are broken.

I found a huge Sugar Pine cone in Yosemite over the weekend.

Return to “Ranting Board”