Some serious wow factor in that shuffle
Top

Like that fun fact about how Mozart's music tunes your brain or whatever, but with catgirls.

Also, let us hope that's not the first words out of the mouth of *new and improved* Maren

Made it half way through that before I realized it was rhyming..

Nicely done. Great shuffle.
Gearhead in the digital world, who will probably grow up to be a very grumpy old man.
Top

Haha, thanks! Yeah I was afraid it would come across as cliche, but it was a risk worth taking.

The poem itself kinda rhymes alternately, the pacing is stilted. I did change a line or two, but maintained the flow. Makes it feel more uneasy though, matches well. The first bit wasn’t meant to rhyme, more just a preamble. 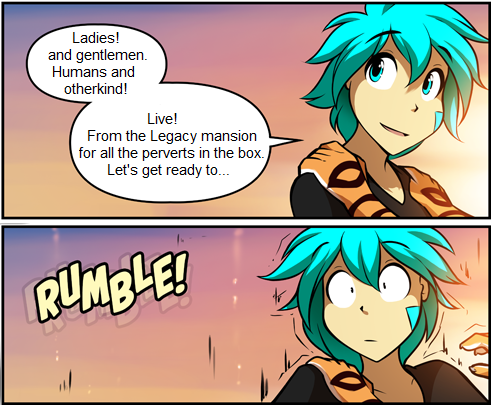 The way flora holds Trace it could have been the introduction to something else.
If it moves but shouldn't: Duct tape. If it doesn't move but should: WD-40. With a hammer everything fits, and if it still doesn't fit: bigger hammer. If it can't be fixed with a hammer it's an electrical problem.
Top

The way flora holds Trace it could have been the introduction to something else.

With your comment I'm reminded of a TV movie from an old 90's television show called Alien Nation (based on a movie by the same name) where a spaceship full of Alien slaves crashed near modern Los Angeles three years previous to the start of the show. It followed a cop and his Newcomer (the name the humans gave the Alien race) partner. During the events of the series, the human cop falls in love with his Newcomer neighbor and they start a relationship, so they end up attending a cross-species sex ed class so they know how to... be intimate, with each other (as a previous attempt led to the neck of Sikes, the cop, getting messed up as she gave it a crank).
I could totally see Trace and Flora giving a cross-species sex ed class for the same reasons (Trace: "And note the claws on the hands and the feet, humans you WILL be feeling these on your bare skin on occasion! These are accidents and you should NOT be mad at your lover over it, it just means they're excited and have forgotten how thin our skin is. I have a recommended ointment for these scratches that can be bought from Edmund at the counter by the entrance after the class, if you wish. Now moving on to the proper ways to touch the tail...")
Top 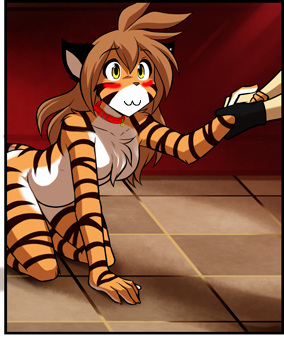 We all know this was bound to happen!
Trace going back to his roots!

Theres nothing better than a great Panel Suffle image!
[There is twokinds in this world, those who belives there only is onekind.
And those who know there are twokinds]-Me
Top Keidran Breeders Recommend FoxtrotIndustry
Since we don't give a damn -FoxtrotIndustry - Me 2014/2015
Top
Post Reply
11723 posts