So after sifting over my data for a couple days at last, the final one ( not counting old forum) Twitter.
I made this graphs from data i collected from the official twokinds twitter account. I filtered so only tweets dealing with comic pages, and special filler such as anniversaries were part of the graph. Unfortunately I cannot garantee only those tweets were inside the dataset. Processing this real world free form data is really hard and lest i check every single tweet by hand there is no way to remove all instances of unwanted data, which is unfortunately a lot Tom does uses the twitter account for a couple more things than only posting the comic pages.

Anyhow if you have not seen the previous posts here is how the graphs are structured:
X-axis is date, y axis is a metric in this case either replies, retweets or likes . Events or extrema are marked with a yellow triangle. These are tweets when comments/score exceeded 2 standard deviations from the mean, or in other words these are tweets that got a lot more attention than the average. Mean is marked with solid orange line and the one standard deviation lines are marked with dashed orange.

So without any further ado:
Replies
Spoiler! Twitter replies over time 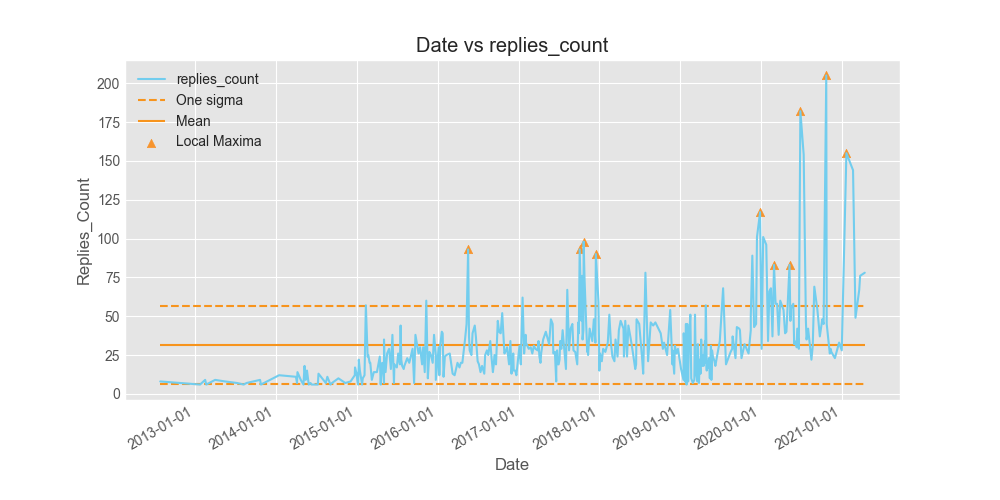 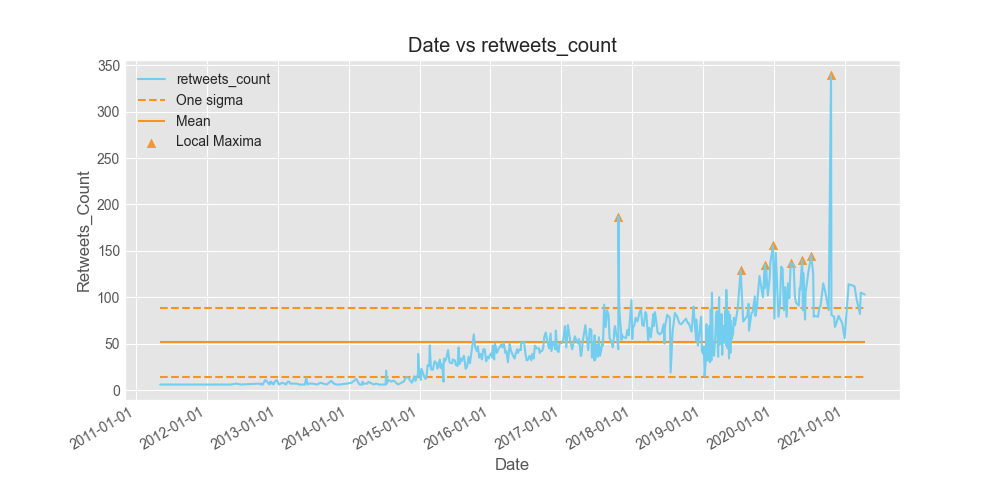 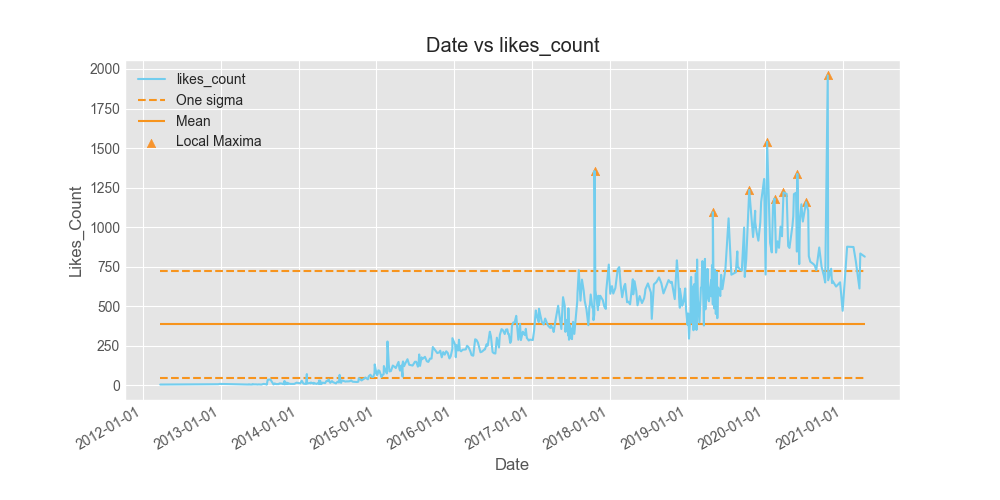 These are interesting graphs. We can see interactions on any kind, replies, retweets and likes have increased over time quite consistently. This again matches the increase of popularity of twitter itself. But in any case with over 30k follows in the twitter handle we can safely assume that the Twokinds fans community is healthy and growing, just not here.
It is also interesting to note that most extrema are located in past 2 years. Also unlike other medium, like the forum or reddit anniversary post are very well received on twitter, the 17th anniversary filled is the most popular comic related tweet over there under all metrics. Followed closely by the current manor arc, Sythe move on Maren seems to be very popular everywhere. We can also see that the past 2 years the twitter interactions have increased significantly. When pandemic started i theorized we would get more activity in the forum since everyone was cooped up inside, I was partially right, as Twokinds engagement did increased but on Twitter/reddit. With this data I am gonna take an educated guess and say that most of the Twokinds fans over there are the youngest of the bunch.

Well that was fun but tiring... What I imagined to be a couple days project took me 2 weeks. Now I understand why data engineers are always cranky. do not worry I will do the old forum, just... later. As usual this was a very interesting experiment, at least for me. Hope some of you may have found this illustrative or interesting!
There are three things that motivate people: Money, fear and love.
Links to my ramblings:
Twokinds [of] data
PhpBB in the age of facebook
If you are new to this phpBB thing:
BBCode guide
Top
Post Reply
61 posts